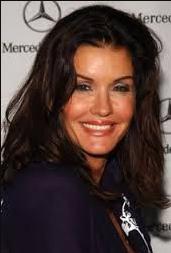 Janice is alive and kicking and is currently 67 years old.
Please ignore rumors and hoaxes.
If you have any unfortunate news that this page should be update with, please let us know using this .

Does Janice Dickinson Have the coronavirus?

Janice Doreen Dickinson is an American model, photographer, author and talent agent. Initially notable as a model, she has been described by herself and others as the first supermodel. One of the most successful models throughout the 1970s and 1980s, she expanded her profession to reality television in 2003 by judging for four cycles on America's Next Top Model. She subsequently opened her own modeling agency in 2005, which was documented in the reality-television series The Janice Dickinson Modeling Agency.
She was discovered by the fashion photographer Jacques Silberstein when his girlfriend, actress Lorraine Bracco, mentioned she liked Dickinson's look. Wilhelmina Cooper became Dickinson's first agent. Her modeling pursuits led her to Paris, France, where her "exotic looks" secured her reputation within the European fashion industry.

While Dickinson claims to have coined the term supermodel in 1979, and to be the first "supermodel", the word already was known in the 1940s. The writer Judith Cass used the term in 1942 in her Chicago Tribune article "Super Models are Signed for Fashion Show". In 1943, author Clyde Matthew Dessner used the term in his book So You Want to Be a Model!
Dickinson has been married four times. Her former husbands are Ron Levy, Simon Fields, and Alan B. Gersten, also known as Albert Gersten. She has a son, Nathan, and a daughter, Savannah. Dickinson was having an affair with Sylvester Stallone when Savannah was born in 1994, and it was reported that Stallone was the father. Their relationship ended when DNA tests proved he was not the father. In her books and in interviews, she has discussed her numerous sexual relationships with male and female celebrities. In 2012, she announced she was engaged to Dr. Robert Gerner ("Rocky"), a psychiatrist whom she married in December 2016.
In March 2016, it was revealed that Dickinson has been diagnosed with breast cancer.