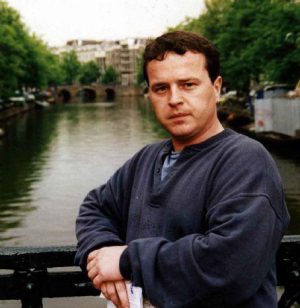 Jim is alive and kicking and is currently 56 years old.
Please ignore rumors and hoaxes.
If you have any unfortunate news that this page should be update with, please let us know using this .

Jim Baker (born 1966) is an English actor, who played Henry Parker in the BBC TV drama The Tripods. Jim Baker was born at the Middlesex Hospital in North London. After acting in The Tripods TV Series, he worked behind the camera for a short time, in partnership with a friend at Inkling Productions. Jim Baker has since been married and works as a HGV Driver. He has actively participated in fan activites regarding The Tripods franchise.
"The Tripods (1984) was filmed as a drama series rather than a children's series which I think is what Doctor Who (1963) is really. There's a lot of hidden meaning in The Tripods that you've really got to stop and think about."