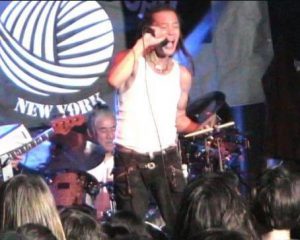 Joe passed away on August 7, 2011 at the age of 64 in Yokosuka, Kanagawa Prefecture, Japan.

Akira Yamanaka (山中 明, Yamanaka Akira, September 2, 1946 – August 7, 2011), better known as Joe Yamanaka (ジョー山中), was a Japanese singer and actor. He is known for both his work with Flower Travellin' Band and as a solo musician; singing at a vocal range of three octaves. As an actor he appeared in many television shows and movies, such as Takashi Miike's Deadly Outlaw: Rekka and the 1989 version of Zatoichi.