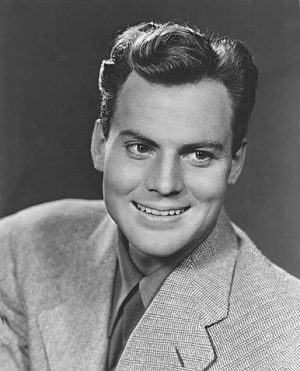 John passed away on April 7, 2002 at the age of 81 in Burbank, California, USA. John's cause of death was emphysema.

John George Agar, Jr. was an American actor. He is best known for starring alongside John Wayne in the films Sands of Iwo Jima, Fort Apache, and She Wore a Yellow Ribbon. In his later career he was the star of B movies, such as Tarantula, The Mole People, The Brain from Planet Arous, Revenge of the Creature, Flesh and the Spur, and Hand of Death. He was the first husband of Shirley Temple.