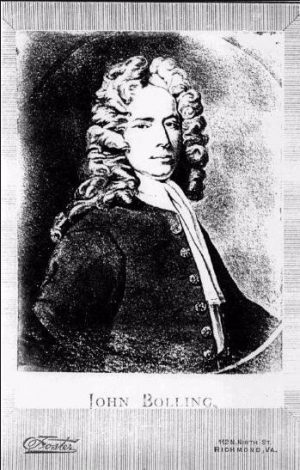 Major John Fairfax Bolling was a colonist, farmer, and politician in the Virginia Colony. He was the second son and only surviving child of Colonel Robert Bolling and Jane Bolling. His maternal grandfather was Thomas Rolfe, the son of Pocahontas and John Rolfe.