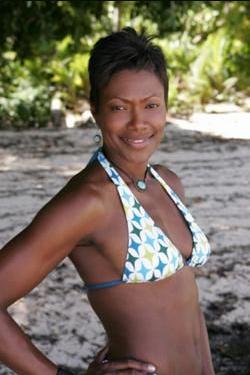 Jolanda is alive and kicking and is currently 56 years old.
Please ignore rumors and hoaxes.
If you have any unfortunate news that this page should be update with, please let us know using this .

Does Jolanda Jones Have the coronavirus?

Jones attended Alief Elsik High School in Houston, Texas, where she graduated magna cum laude and was an All-American in both track and field and basketball. She is the only person to win the Texas State 5A Team Championship as an individual. After high school, Jones went on to graduate magna cum laude with a degree in political science from the University of Houston. She served on numerous university and community boards and organizations and was a member of the student government. Jones was nominated by the university for a Rhodes scholarship and received the NCAA Postgraduate Scholarship. In 1995, Jones earned her Juris Doctorate from the University of Houston Law Center. She is currently self-employed as a lawyer/consultant/community activist.Jones was the 1989 US Track and Field Heptathlon Champion and earned an unprecedented three NCAA heptathlon championships. She was the runner-up for SWC Female Athlete of the Decade for the 80s, two-time Academic All-American while at the University of Houston and a 1989 NCAA Top Six Award winner.An abusive relationship forced Jones to retire from track and field for seven years. Despite the odds, she resumed training while working part-time as a corporate lawyer. Within three months, she had qualified for the 1996 US Olympic Trials. Unfortunately, her 19 year-old brother was murdered two weeks before she was to compete. His death and her meager five months of training proved too much to overcome (although she did win the high jump portion of the heptathlon and was in sixth place after three events). After competing in three events, she became severely dehydrated and was forced to withdraw.Such accomplishments have earned Jones a spot in the Cougar Hall of Fame at the University of Houston Athletic/Alumni Center. She was inducted into the GTE (Verizon) Academic All-America Hall of Fame in 1999. She was inducted into the Texas Black Hall of Fame in 2003.Jones largely credits her success to her tumultuous childhood. When she was 13 months old, her father committed suicide while she was in the room. Her mother had four more children, and Jones became their primary caretaker while their mother worked. There were times when the family went without water, electricity or heat. When Jones was a teenager, their rented house burned down due to the use of candles in place of electricity. Two of her uncles committed suicide, her aunt was murdered and various members of her family are in prison and on welfare. Jones credits her criticizing mother and supportive grandmother for teaching her to be the best and stand up for the poor and disenfranchised.Jones' niece died of SIDS in 2000. Consequently, she sits on the board of the 501c(3) named after her niece, the U'jana Conley Foundation for Sudden Infant Death Syndrome. She also sits on the board of the Land Assemblage Redevelopment Authority for the City of Houston.Jones currently resides in Houston, with her son, Jiovanni. Her birth date is November 6, 1965