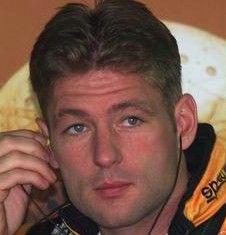 Jos is alive and kicking and is currently 50 years old.
Please ignore rumors and hoaxes.
If you have any unfortunate news that this page should be update with, please let us know using this .

Johannes Franciscus "Jos" Verstappen (born 4 March 1972), is a Dutch racing driver. He is the most successful Dutch Formula One driver, and has won races in A1 Grand Prix and Le Mans Series LMP2 races. Prior to his F1 début in 1994, he was also the German Formula Three champion and Masters of Formula Three winner in 1993. Verstappen's son, Max, is also a racing driver who made his debut in Formula One in 2015 for the Toro Rosso team.