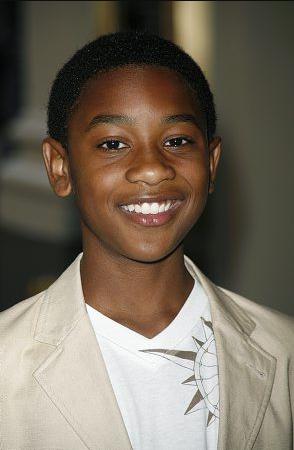 Justin is alive and kicking and is currently 27 years old.
Please ignore rumors and hoaxes.
If you have any unfortunate news that this page should be update with, please let us know using this .

Does Justin Martin Have the coronavirus?

Justin is a native of Atlanta, Georgia. He started acting at age seven in the drama department in his church. Justin was soon discovered by Atlanta agent Joy Pervis, who had previously discovered many child stars including Dakota Fanning and Kyle Massey. Justin worked for two years in the Atlanta doing commercials and local theater. He came to Los Angeles for pilot season in 2003 at age 9. His parents thought they would come and experience pilot season for about three weeks, Justin continued to work for five months. That pilot season Justin booked two national commercials (Mercedes Benz and Shoney's), episodic roles on The Bernie Mac Show and Malcolm in the Middle, and a role in the film Doing Hard Time.In 2004 Justin returned to LA for his second pilot season. That year he booked another national commercial (Bounty paper towels) and roles on Judging Amy and Drake and Josh. After five successful months in LA, Justin returned to Atlanta to enroll in The Lovett School, one of the top private day schools in the country.In 2005 Justin was invited to New York to audition for the role of 'Young Simba' in the Disney Theatrical show The Lion King on Broadway. Out of thousands of other young contenders, Justin became the new star of the biggest show on Broadway. He made his Broadway debut on March 1st of 2006 and continued in that role for 12 months. While on Broadway, Justin booked the role of 'Travis' in the television movie adaptation of Lorraine Hansberry's A Raisin in the Sun with Tony winners Phylicia Rashad, and Audra McDonald and also Sean Combs. In January of 2008 Justin joined the star-studded cast at Sundance as A Raisin in the Sun was the first made for television movie to ever be invited to premier at the Sundance Film Festival.Justin will be one of the three new Wildcat's in High School Musical 3: Senior Year. He will play Donnie.Justin is a brilliantly gifted student and a member of the National Honor Society and A Better Chance. He is also a singer and dancer and is looking forward to a long career in the industry as a triple threat.Justin lives in LA with his mother, Trina and his 8 year old sister Zion who is also an actor, while his father Tony holds down the home front in Atlanta.