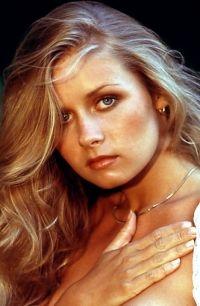 Karen passed away on February 11, 2014 at the age of 55 in Burbank, CA. Karen's cause of death was stevens johnson syndrome.

Karen Elaine Morton (born 3 October 1958 in Palmdale, California) was Playboy's Miss July 1978. Her centerfold was shot by Ken Marcus. She holds the distinction of having the smallest br**st size – 32B – of any Playboy Playmate and possibly the smallest BMI (15.3).Popular speculation suggests that the July 1978 issue had the lowest newsstand sales of any summertime issue of Playboy during the 1970s, which is explained because of the combination of an underwhelming cover, pictorials, and Playmate curves.Later on, Karen had a small part in the Mel Brooks film History of the World, Part I (1981), and went on to a modeling career in Europe.She played "Jenny" in the video for Tommy Tutone's 867-5309/Jenny.Karen made appearances at autograph shows all over the country. In 2004 she was stricken with an illness called Stevens Johnson syndrome , which left her practically blind. Playboy founder Hugh Hefner has helped her find treatment for her vision. She died on February 11, 2014 after a long illness, as reported by official Facebook pages of fellow playmates Lorraine Michaels and Ava Fabian.Karen's cousin, Elaine Morton was also a playmate, appearing in the June 1970 issue of Playboy.