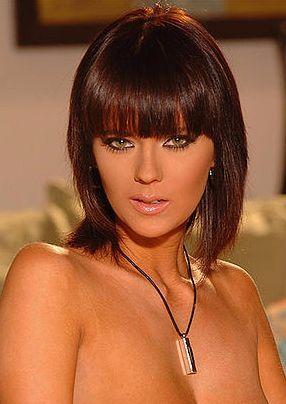 Karin is alive and kicking and is currently 37 years old.
Please ignore rumors and hoaxes.
If you have any unfortunate news that this page should be update with, please let us know using this .

Does Karin Spolnikova Have the coronavirus?

Karin Spolnikova (born May 28, 1985) is a Czech adult model who has modeled under several aliases, including Gabrielle, Gabriela, Ala Passtel and others.
Her first photoshoot (as Ala Passtel) was posted in February 2007 on Polish Busty. Once her remarkable physical attributes had been unveiled, her career took off rapidly -- over the next few months she posed in numerous photoshoots for many of the top glamour sites: MC Nudes (as Gabrielle), DDF Busty (as Gabriela), Met-Art (as Lucy C), XX-Cel, Perfect 10 (as Gretchen), and Playboy Special Editions (as Gabriella Hunter).

Her most prolific work has been for MC Nudes where she's done 29 high-resolution photosets (and was voted "Model of the Month" by subscribers in March 2008). DDF Busty subscribers continued to rank her number one among the site's Top 10 Models, long after she'd done the last of her three photoshoots there.
She appeared in Playboy's Voluptuous Vixens Special Edition in the U.S. in February/March 2008 and in photo galleries on Playboy's website, and she even made made a short (1 ½ minute) video for Playboy. At Playboy she is called Gabriella Hunter. Karin has been very popular in British tabloids and "lad's mags" (men's magazines.) On several occasions starting in December 2008 she modeled for the British men's magazine Nuts, and she's appeared many times as the cover model and in topless features for the British tabloid Daily Sport. The Daily Sport calls her Gabrielle Saint and has featured her as its cover model (using old images) as recently as November 20, 2013.