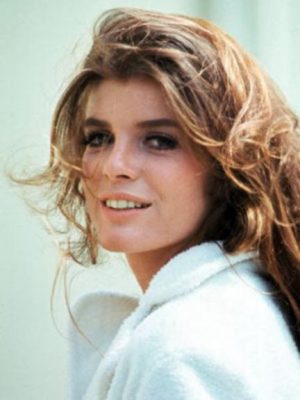 Katharine is alive and kicking and is currently 82 years old.
Please ignore rumors and hoaxes.
If you have any unfortunate news that this page should be update with, please let us know using this .

Katharine Juliet Ross (born January 29, 1940) is an American film and stage actress. She starred in three of the most popular films of the 1960s and 1970s: as Elaine Robinson in The Graduate (1967), for which she won a Golden Globe Award and received an Academy Award nomination for Best Supporting Actress; as Etta Place in Butch Cassidy and the Sundance Kid (1969), for which she won a BAFTA Award for Best Actress; and The Stepford Wives (1975). She won another Golden Globe for Voyage of the Damned (1976).
Ross was born in Hollywood, California, on January 29, 1940 (though many sources cite 1942 or 1943) when her father, Dudley Ross, was in the Navy. He had also worked for the Associated Press. Her family later settled in Walnut Creek, California, east of San Francisco, and she graduated from Las Lomas High School in 1957. Ross was a keen horse rider in her youth and was friends with Casey Tibbs, a rodeo rider.

Ross has been married five times. Her first marriage was to actor Joel Fabiani from 1960 to 1962. She was then married to John Marion 1964 to 1967. In 1969, Ross married cinematographer and three-time Oscar-winner Conrad Hall after meeting him on the set of Butch Cassidy and the Sundance Kid. They separated in 1973. She was married to Gaetano "Tom" Lisi from 1975 to 1979; they met when he was a chauffeur and technician on the set of The Stepford Wives.
Ross is now married to actor Sam Elliott, whom she originally met on the set of Butch Cassidy and the Sundance Kid (1969). The couple met again when they co-starred in The Legacy (1978). They soon became a couple and married in May 1984, four months before the birth of their only child, daughter Cleo Rose Elliott.