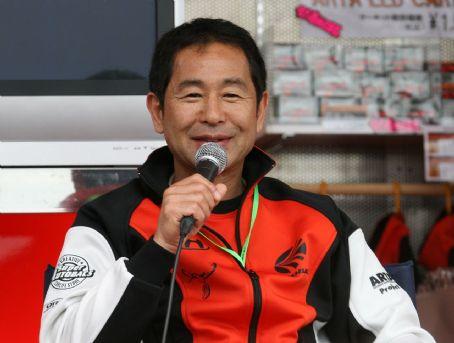 Keiichi is alive and kicking and is currently 67 years old.
Please ignore rumors and hoaxes.
If you have any unfortunate news that this page should be update with, please let us know using this .

Keiichi Tsuchiya (土屋 圭市, Tsuchiya Keiichi, born January 30, 1956, in Tōmi, Nagano (Tobu, Chiisagata-gun), Japan) is a professional race car driver. He is also known as the Drift King (ドリキン, Dorikin) for his nontraditional use of drifting in non-drifting racing events and his role in popularizing drifting as a motorsport. He is also known for touge (mountain pass) driving.
He would continue to take part in the Japanese Formula Three Championship, Japanese Touring Car Championship (JTCC), the latter while driving a Cosmo Oil Sierra Cosworth and Nissan Skyline GT-R (Team Taisan) in the Group A championships and later a Honda Civic in the Supertouring car championships.

When Tsuchiya was a freshman in circuit racing, he got his racing license suspended because of the illegal racing he was recording for the Drift Pluspy video. In the movie series Shuto Kousoku Trial, he advised street racers to leave the illegal racing scene if they want to become involved with professional racing.
After his retirement, he remained in racing and is now an official Drift Muscle judge after quitting D1 in January 2011 and was Team Director for both GT500 for one year and GT300 Class of ARTA JGTC Team until the team disbanded their GT300 operation at the end of the 2005 season. He owned the aftermarket company Kei Office until he sold the business in the end of 2005 to form DG-5. His trademark color is jade green which appears on his overalls and helmet and is the adopted color of the former company. It was also the colour of the D1 Grand Prix Kei Office and DG-5 S15 Silvia of driver and employee Yasuyuki Kazama who also wears a suit similar in pattern.