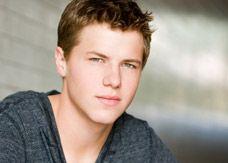 Kevin is alive and kicking and is currently 33 years old.
Please ignore rumors and hoaxes.
If you have any unfortunate news that this page should be update with, please let us know using this .

Does Kevin G. Schmidt Have the coronavirus?

Kevin Gerard Schmidt (born August 16, 1988) is an American actor, known best for his role as Henry in Cheaper by the Dozen and its sequel or as Noah Newman in The Young and the Restless. Schmidt also starred on Cartoon Network's first live-action scripted television series, Unnatural History. Schmidt also co-created, starred in, produced, and directed a cult web-series, Poor Paul. Schmidt continues to write, direct, and act, but he has also participated in humanitarian organizations. Schmidt is president of the Conscious Human Initiative, a non-profit entity that intends to alleviate malnutrition worldwide. He also played Ryan in the second Alvin and the Chipmuncks movie which is Alvin and the Chipmunks the Squeakel.