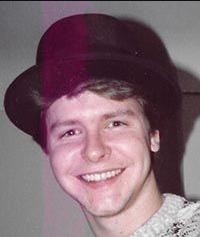 Kirk passed away on January 11, 2014 at the age of 49 in Fort Myers, Florida, USA. Kirk's cause of death was atherosclerotic heart disease.

Kirk was found dead on Jan. 11, 2014, at his home. His death was caused by Atherosclerotic Heart Disease. Kirk was born Aug. 5, 1964, in Minneapolis to Marcus and Valerie Aanes. He graduated from Albert Lea High School with the class of 1982, and he graduated Summa Cum Laude from St. Cloud State University after obtaining his Bachelor of Science degree in theatre and creative writing.
After graduation he proceeded to New York City to follow his passion of writing and theater. Eventually he began writing for television dramas and was very successful. He won the Eugene O’Neil Award for one of his short plays. Kirk had a great personality, making friends with ease and making those around him feel comfortable and happy.

He married Ming Na Wen, and actress in movies and television, in 1990 at Lamb’s Theaters in New York City and they made their home in Manhattan. Sadly, they ended their marriage two years later. He loved playing the guitar, favoring the Beatles along with a wide genre of other music. He totally enjoyed playing pool and golf when he had the opportunity.
He had a tragic automobile accident on his way home in the Pocono Mountains in March of 1996. Kirk survived the accident after five weeks of being in a coma. Along with many broken bones, he suffered brain damage causing short term memory loss and disability.
Kirk will be greatly missed by his family: his parents, Marcus Aanes of Albert Lea and Valerie Lewis of Fort Myers; sister, Kim Aanes Olson of Owatonna, and brother, Kris Aanes of Albert Lea; his nieces and nephews; as well as his many friends.