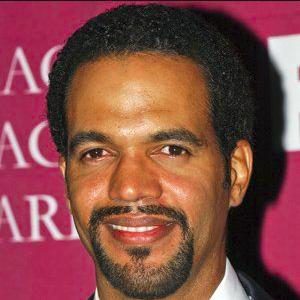 Kristoff passed away on February 3, 2019 at the age of 52 in Los Angeles, California, USA.

Kristoff St. John's father, Christopher St. John, is still alive and kicking. He is American and has had a career as a actor.

Kristoff St. John is an American actor, best known for his role as Neil Winters on the daytime US drama The Young and the Restless. Kristoff St. John was born July 15, 1966, in New York City. His father, Christopher St. John, is an actor and director, while his stepmother, Marie, is an actress who graduated from London's Royal Academy of Dramatic Art.
St. John's first major soap role was Adam Marshall on the NBC soap opera Generations. After the show's cancellation in 1991, he originated the role of Neil Winters on The Young and the Restless, and played the character for 25 years; no African American actor had appeared on Y&R more frequently than St. John. In 1992, he won the Daytime Emmy Award for Outstanding Younger Actor in a Drama Series for his role. On September 5, 1994, he hosted CBS Soap Break.

St. John was married and divorced twice. He had a son, Julian (1989–2014) and a daughter, Paris Nicole (born 1992) with his first wife, boxer Mia St. John. Julian committed suicide on November 23, 2014 following a long history of mental illness. St. John was married to Allana Nadal from 2001 to 2007, and they had a daughter, Lola (born April 15, 2003). On August 31, 2018, he was engaged to Russian model Kseniya Olegovna Mikhaleva, and they had planned to marry in the fall of 2019.
St. John was found dead on February 3, 2019. TMZ reported that St. John was treated for depression at the Ronald Reagan UCLA Medical Center a week prior to his death.