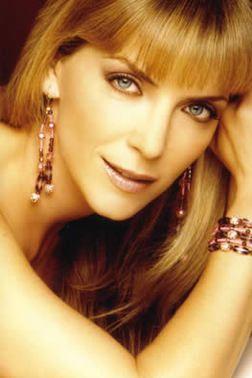 Laura is alive and kicking and is currently 58 years old.
Please ignore rumors and hoaxes.
If you have any unfortunate news that this page should be update with, please let us know using this .

Does Laura Flores Have the coronavirus?

Laurita has always had the love and support of her family since she decided at a very young age to become famous. It was not unusual to want to be famous, after all, her own siblings were already very famous in showbiz.
Laurita began singing on stage with a music group called Hermanos Y Amigos at the age of 14. During the next 3 years the music group had a big tour that took them to Holland, Spain & Germany. Laurita put a lot of work into her studies and into taking acting as well. Well it paid off. Soon enough her chance to act arrived. She was presenting a Music Award in Tampico when a Spanish Soap Opera Producer saw her and said she would be great for a role he had on a Soap. It was opposite the Icon Ignacio Lopez Tarzo. The Soap was called El Combate. This did not by any means stop the passion in her heart for music.

In 1980 a Music Producer Luis De Llano, asked her if she would come on to this late music show called Noche A Noche to sing. The host of that show was a Mexican icon-actress, singer, producer Veronica "Vero" Castro. Later on she went on to start in a Comedy/Musical Los Fantasticos, which later she had to leave the production to go to Los Angeles, California to perfect her craft for 3 months. Later on she hosted a TV program where she got a chance to interview artists such as Menudo.
Finally, Laurita's break to record her first solo record came along. It was titled Barcos De Papel. That gave her a chance to tour the Republic of Mexico. In the mid 80s she met and fell in love with a songwriter, singer, and music producer from Uruguay. They were so in love. They were married in 1986. Fans were so happy for them as well - they made a very good looking couple. He produced her next records, and even ssng a duet with her. But, their marriage was not one to last. By 1989 they were divorced and they were both heartbroken over it.
Laurita continued with both her singing and acting. She has been in numerous Spanish Soaps. Her latest is being shown for the first time in the US and it is already getting excellent reviews.
Laurita is a very talented singer and actress and wife and mother as well. Her success has not gone to her head at all. Her Faith and family is what keeps her humble.