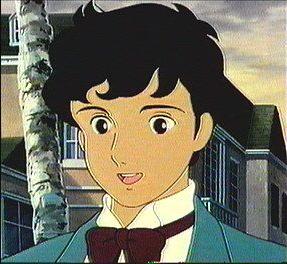 Laurie is alive and kicking.
Please ignore rumors and hoaxes.
If you have any unfortunate news that this page should be update with, please let us know using this .

Theodore `Laurie` Laurence is the rich next door neighbour of the March family. Spotted at first by Jo, who speculates that has has a `noble brow,` and wonders if he`s a captive. Laurie lives with his overprotective grandfather, Mr. Laurence. Laurie`s father eloped with an Italian pianist and was disowned. Both died young, and as an orphan, Laurie was sent to live with his grandfather. Laurie is preparing to enter at Harvard and is being tutored by Mr. John Brooke. He is described as attractive and charming, with black eyes, brown skin, curly black hair, and small hands and feet. A strong friendship between Jo and Laurie develops - the two of them decidedly different from the stuffy norm that society expects. Eventually, Laurie admits his feelings to Jo - "I have loved you since the moment I clamped eyes on you. What could be more reasonable than to marry you?" To his devastation, Jo turns down his marriage proposal, and he flees the country. Meanwhile, Amy, the youngest March sister, travels to Europe with her Aunt March to study painting. There she meets Fred Vaughn, a university friend of Laurie`s, and they soon become close. Laurie happens to meet Amy in France, and is struck by how he feels for her. She`s convinced he`s still in love with Jo, but he assures her that he`s not - he simply envies her happiness with her new love, a German professor. In fact, he continues, he envies any of the men who get involved with the March sisters, because "I have always known that I should be part of the March family." Amy`s still concerned that he loves her only for her family. Upon learning of her sister Beth`s death, however, Amy changes her mind, and she and Laurie arrive back in Concord as a married couple. (Much to the happy surprise of Jo).