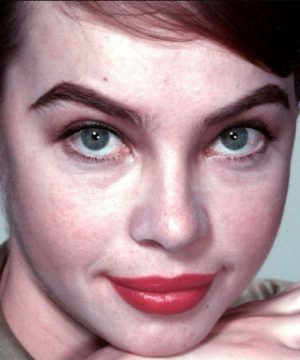 Leslie is alive and kicking and is currently 90 years old.
Please ignore rumors and hoaxes.
If you have any unfortunate news that this page should be update with, please let us know using this .

Does Leslie Caron Have the coronavirus?

Leslie Claire Margaret Caron is a Franco-American film actress and dancer who has appeared in 45 films between 1951 and 2003. Her autobiography, Thank Heaven, was published in 2010 in the UK and US, and in 2011 in a French version. Veteran documentarian Larry Weinstein's Leslie Caron: The Reluctant Star premiered at the Toronto International Film Festival on June 28, 2016.
Caron was born in Boulogne-sur-Seine, Seine (now Boulogne-Billancourt, Hauts-de-Seine), the daughter of Margaret (née Petit), a Franco-American dancer on Broadway, and Claude Caron, a French chemist, pharmacist, perfumer, and boutique owner. While her older brother Aimery Caron became a chemist like their father, Leslie was prepared for a performing career from childhood by her mother.

In September 1951, Caron married American George Hormel II, a grandson of the founder of the Hormel meat-packing company. They divorced in 1954. During that period, while under contract to MGM, she lived in Laurel Canyon, in a Normandie style 1927 mansion, near the country store on Laurel Canyon Blvd. One bedroom was all mirrored for her dancing rehearsals.
Her second husband was British theatre director Peter Hall. They married in 1956 and had two children: Christopher John Hall (TV producer) in 1957 and Jennifer Caron Hall, a writer, painter, and actress, in 1958.
Caron had an affair with Warren Beatty (1961). When she and Hall divorced in 1965, Beatty was named as a co-respondent and was ordered by the London court to pay the costs of the case.
In 1969, Caron married Michael Laughlin, the producer of the film Two-Lane Blacktop; they divorced in 1980. Her son-in-law is Glenn Wilhide, the producer and screenwriter. Caron was also romantically linked to Dutch television actor Robert Wolders from 1994 to 1995.