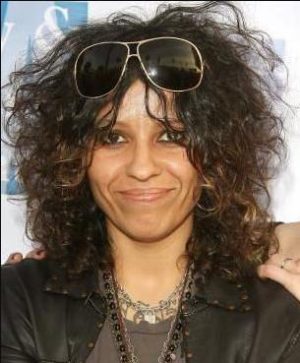 Linda is alive and kicking and is currently 57 years old.
Please ignore rumors and hoaxes.
If you have any unfortunate news that this page should be update with, please let us know using this .

Does Linda Perry Have the coronavirus?

Linda Perry is an American rock singer-songwriter, and record producer. She first became known as the lead singer and primary songwriter of 4 Non Blondes, and has since founded two record labels, composed and produced hit songs for several other artists. They include Christina Aguilera, Gwen Stefani ("What You Waiting For?" from her album Love. Angel. Music. Baby.), Adam Lambert's "A Loaded Smile" and Grace Slick ("Knock Me Out"). Perry has also contributed heavily to albums by Courtney Love and Kelly Osbourne as well as signing and distributing James Blunt in the United States.
Perry was born in Springfield, Massachusetts. Growing up in an artistic and musical household, Perry displayed musical talent and interest from an early age. Despite struggling with kidney disease and then drug addiction, she still focused on music. Her mother is Brazilian (Marluce Martins Perry) and her father was Portuguese-American (Alfred Xavier Perry).

Perry is openly lesbian. She famously displayed the slang word "dyke" on her guitar for a performance with 4 Non Blondes at the 1994 Billboard Music Awards. Perry was in a relationship with actress Clementine Ford from 2009 to 2010.
Perry began a relationship with actress Sara Gilbert in 2011. They announced their engagement in April 2013 and married on March 30, 2014. Gilbert gave birth to their son Rhodes Emilio Gilbert Perry, on February 28, 2015. Perry is stepmother to Gilbert's son and daughter from a previous relationship.