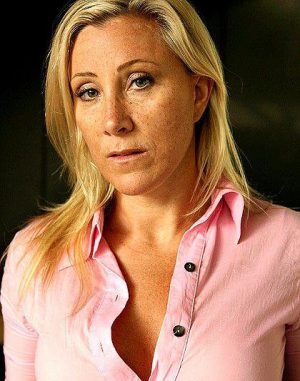 Lisa is alive and kicking.
Please ignore rumors and hoaxes.
If you have any unfortunate news that this page should be update with, please let us know using this .

Former Qantas flight attendant Lisa Robertson, fired over an alleged mile high sexual encouter with actor Ralph Fiennes, pictured in The Daily Telegraph Holt Street offices at Surry Hills in Sydney, for an online blog session.
Lisa Robertson, the former Qantas flight attendant whose 2007 mile-high sex romp with actor Ralph Fiennes launched a million fantasies, now says the reality of the incident had probably ruined her life. "It hasn't enhanced it any way," Robertson told The Age. “Not financially, personally or in any other way."

Robertson admitted her colourful past – NSW undercover officer, the Fiennes fling, call girl and undischarged bankrupt - meant it was "embarrassing for some people to be associated with me". She told The Age: "I don't want people to think I'm trying to get sympathy, because I'm not. I did what I did. Some people don't like me, it's clear, but I really don't care. I do not want people to think this is a 'poor me' story, because it's not how I am at all."