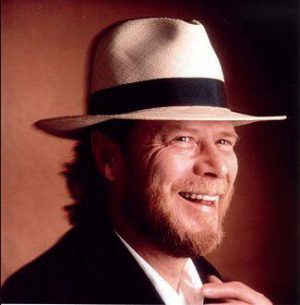 Long passed away on July 21, 2005 at the age of 64 in Vancouver, British Columbia, Canada. Long's cause of death was severe chest infection.

Long John Baldry was a Canadian singer – voice actor who was born on January 12, 1941. In the 1960s, he was one of the first British vocalists to sing the blues in clubs and shared the stage with many British musicians including the Rolling Stones and the Beatles. Before achieving stardom, Rod Stewart and Elton John were members of bands led by Baldry.
Baldry was openly gay during the early 1960s, at least amongst his friends and industry peers. However, he did not make a formal public acknowledgement of this until the 1970s—possibly because until 1967 in Britain, male homosexuality was still a criminal offence that could lead to forced medication and/or jail time.

In 1968, Elton John tried to commit suicide after relationship problems with a woman, Linda Woodrow. His lyricist Bernie Taupin and Baldry found him, and Baldry talked him out of marrying her. The song "Someone Saved My Life Tonight" from Captain Fantastic and the Brown Dirt Cowboy was about the experience. The name "Sugar Bear" in the song is a reference to Baldry.
Baldry had a brief relationship with lead-guitarist of The Kinks, Dave Davies. In 1978 his then-upcoming album Baldry's Out announced his formal coming out, and he addressed sexuality problems with a cover of Canadian songwriter Bill Amesbury's "A Thrill's a Thrill".
Baldry died 21 July 2005, in Vancouver General Hospital, of a severe chest infection. He was survived by his partner, Felix "Oz" Rexach, a brother, Roger, and a sister, Margaret.