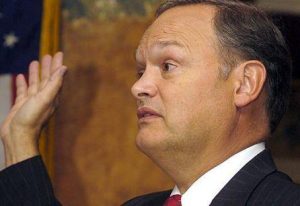 Lt is alive and kicking and is currently 69 years old.
Please ignore rumors and hoaxes.
If you have any unfortunate news that this page should be update with, please let us know using this .

Steve Henry (born October 8, 1953) is an American politician and orthopedic surgeon who was the 52nd Lieutenant Governor of Kentucky from 1995 through 2003. He twice ran unsuccessfully in statewide elections, finishing third in Democratic primaries for the United States Senate in 1998 and for Governor of Kentucky in 2007.Henry was born October 8, 1953 in Daviess County, Kentucky and graduated from Owensboro Senior High School in 1972, when he was a starter on the Red Devil's Kentucky Boys Basketball State Championship team led by Sweet Sixteen Tournament MVP, Jerry Thruston. He attended Western Kentucky University and was elected Student Body President in this second attempt, after losing a close election the preceding year to Jeff Costello. As President of the Student Government Association and as a Kentucky resident, Henry also served as a voting member of the WKU Board of Regents. Henry was a member of the Sigma Alpha Epsilon fraternity, which also included as its members during that time, future Western Kentucky University President Gary Ransdell and future Kentucky Supreme Court Chief Justice John D. Minton, Jr. Henry attended the University of Louisville School of Medicine and became an orthopedia surgeon in Louisville, Kentucky. While in Louisville he was elected to the Jefferson County, Kentucky Fiscal Court as a Democrat County Commissioner.