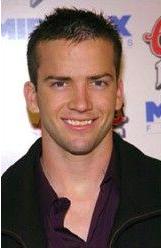 Lucas is alive and kicking and is currently 39 years old.
Please ignore rumors and hoaxes.
If you have any unfortunate news that this page should be update with, please let us know using this .

Does Lucas Black Have the coronavirus?

Lucas York Black is an American film and television actor. He is known for his roles in the CBS television series American Gothic as well as roles in films such as Sling Blade, Jarhead, Friday Night Lights, The Fast and the Furious: Tokyo Drift, Legion, Get Low, All the Pretty Horses, Seven Days in Utopia. Since September 2014, he has played Special Agent Christopher Lasalle on CBS' NCIS: New Orleans.
Black made his film debut in Kevin Costner's film The War. He subsequently was cast as Caleb Temple in CBS' television series American Gothic, which ran from 1995 to 1996, and in the films Sling Blade, Ghosts of Mississippi, and The X-Files. Later Black starred as Conner Strong in the TV film Flash (1997), which aired on The Wonderful World of Disney; in the movie his character visits a horse every day in the hope of buying it.

Black starred as Nat Banyon in the indie thriller film Deepwater (2005), directed by David S. Marfield; as Chris Kruger in the Gulf War-themed drama film Jarhead (2005), directed by Sam Mendes; and as Sean Boswell in the third The Fast and the Furious film, The Fast and the Furious: Tokyo Drift (2006), directed by Justin Lin. He described the latter film as the one in which he "had the most fun".
He portrayed the Brooklyn Dodgers shortstop Pee Wee Reese in the drama film 42 (2013). Black, having done previous sports films and played sports early in his life, found the filming experience "a lot more enjoyable because you get to reminisce about the days when I used to play, and then you get the experience of being on a team again with the actors and have that camaraderie with the players".
Black married Maggie O'Brien, a lawyer, in 2010. They have three children.