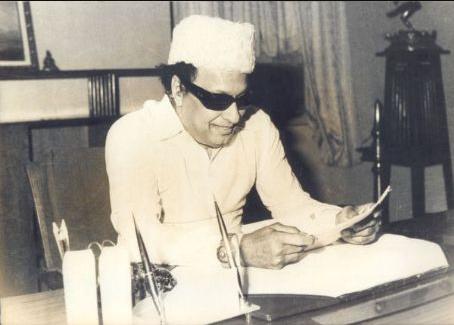 Marudhur Gopalan Ramachandran (17 January 1917 – 24 December 1987), popularly known by the acronym MGR, was an Indian actor, director, producer, and politician who worked primarily in Tamil films and also served as the Chief Minister of Tamil Nadu successively for three terms. MGR is a cultural icon in Tamil Nadu and is regarded as one of the greatest and most influential actors the Tamil film industry ever produced.