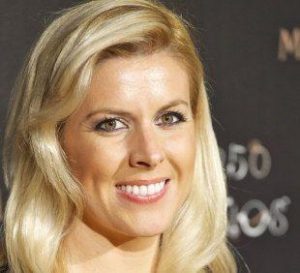 María passed away on October 11, 2013 at the age of 33 in Sevilla, Spain. María's cause of death was cardiac arrest.

María de Villota Comba (13 January 1980 – 11 October 2013) was a Spanish racing driver. She was the daughter of former Formula One driver Emilio de Villota, and sister of Emilio de Villota Jr., who similarly competed in Formula Palmer Audi. Prior to her death, de Villota was recovering from serious head and facial injuries, sustained during an accident in straight-line testing as the Marussia Formula One team test driver.