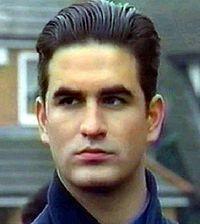 Marc is alive and kicking and is currently 49 years old.
Please ignore rumors and hoaxes.
If you have any unfortunate news that this page should be update with, please let us know using this .

Marc Bannerman (born 15 August 1973) is an actor. His most notable role has been his portrayal of Gianni di Marco in the BBC soap opera, EastEnders. His character was introduced in 1998, but was axed three years later by the executive producer of EastEnders, John Yorke. He has since appeared on various television and reality television programmes, most notably I'm a Celebrity... Get Me Out of Here! in 2007. His appearance on I'm a Celebrity… made headlines in the UK due to his flirtations with singer Cerys Matthews, which publicly ended his two-year relationship with actress Sarah Matravers.