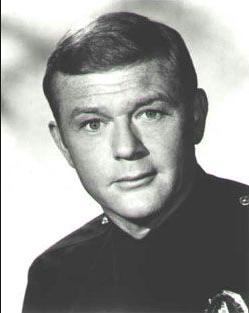 Martin Sam Milner is a retired American film, stage, radio, and television actor. Milner is best known for his performances in two popular television series: Route 66, which aired on CBS from 1960 to 1964, and Adam-12, which aired on NBC from 1968 to 1975.Milner was born to film distributor Sam Gordon Milner and Paramount Theater circuit dancer Mildred E. "Jerre" Martin in Detroit, Michigan, on December 28, 1931. The family left Detroit when he was very young, and moved frequently before settling in Seattle, by the time he was nine. It was in Seattle that he became involved in acting, first in school, and then in a children's theater group at the Cornish Playhouse.When Milner was a teenager, he moved with his family to Los Angeles where his parents hired an acting coach and later an agent for the budding star. Milner had his first screen test and began his film career with his debut in the 1947 film Life with Father, in the role of "John Day," the second oldest son of "Clarence Day" played by William Powell. Less than two weeks after filming for Life with Father ended in August 1946, Milner contracted polio. He recovered within a year and had bit parts in two more films before graduating from North Hollywood High School in 1949. He immediately landed a minor role in the film Sands of Iwo Jima starring John Wayne. It established him as an actor with the look of an innocent juvenile, which would serve him well for ten years. It was the first of several war films in which he would have both minor and major roles in the 1950s, including another John Wayne picture called Operation Pacific in 1951. It was on the set of Halls of Montezuma in 1950 that he met and befriended actor Jack Webb. Soon thereafter, he began intermittent work on Webb's radio series Dragnet.