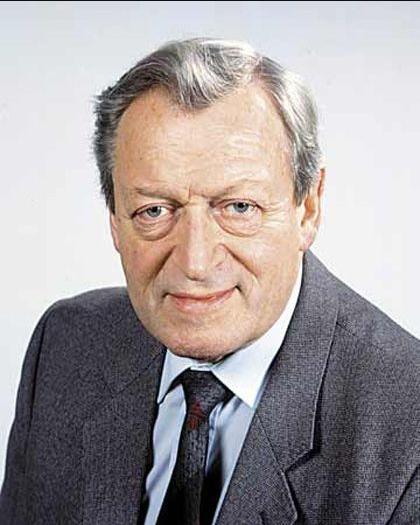 Martin Ruzek passed away on December 18, 1995 at the age of 77 in Motol University Hospital, Prague, Czech Republic.

Martin Ruzek was born on September 23, 1918. Martin Růžek, born Erhard Martin starred in the film Poslední propadne peklu under director Ludvík Ráža in 1982.
In 1944 he chose Martin Růžek first as an artistic pseudonym and later also as a legal name. Martin after his father's surname, Růžek in memory of Uncle Otmar Růžek, who was the staff captain of the General Staff of the Czechoslovak Army and who was executed in 1941 after the arrival of Heydrich to Prague.

In Mladá Boleslav, Růžek also began directing and writing plays for children. His acting talent was widely manifested in the South Bohemian Theater in České Budějovice, where he was invited by the then director, prof. Jaroslav Hurt and where he worked for example with director Karel Konstantin, who became director of theater after Hurt. Even later, he worked in the Brno State Theater with experienced actors such as Josef Skřivan, Karel Höger, Vlasta Fabianová, Zdenka Gräfová and directors such as Jan Škoda, Milan Pásk and Aleš Podhorský. In 1956 he returned to Prague - Nusleand performed at the Vinohrady Theater. From August 1963 until the end of 1990 he was a member of the Prague National Theater drama, where he created over fifty characters in plays by Czech and world authors.