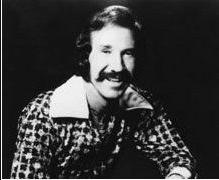 Marty passed away on December 8, 1982 at the age of 57 in Nashville, Tennessee, USA. Marty's cause of death was complications from heart surgery.

Martin David Robinson (September 26, 1925 – December 8, 1982), known professionally as Marty Robbins, was an American singer, songwriter, multi-instrumentalist, and racing driver. One of the most popular and successful country and western singers of all time for most of his near four-decade career. Robbins often topped the country music charts, and several of his songs also had crossover success as pop hits.