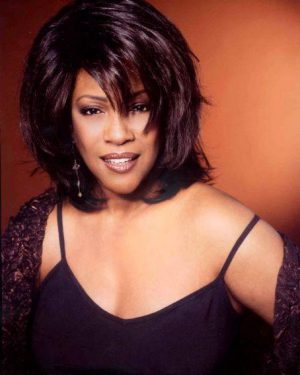 Mary passed away on February 8, 2021 at the age of 76 in Henderson, Nevada, USA. Mary's cause of death was heart disease.

Mary Wilson is an American vocalist, best known as a founding member of the Supremes. Wilson remained with the group following the departures of other original members, Florence Ballard in 1967 and Diana Ross in 1970. Following Wilson's own departure in 1977, the group disbanded. Wilson has since released three solo albums, five singles and two best selling autobiographies, Dreamgirl: My Life As a Supreme, a record setter for sales in its genre and Supreme Faith: Someday We'll Be Together, both books later released as an updated combination.
In 2001, Wilson starred in the national tour of Leader of the Pack – The Ellie Greenwich Story. A year later, Wilson was appointed by Secretary of State Colin Powell as a "culture-connect ambassador" for the U.S. State Department, appearing at international events arranged by that agency. In 2006, a live concert DVD, Mary Wilson Live at the Sands, was released. Four years later, another DVD, Mary Wilson: Live from San Francisco... Up Close, was released.

During this period, Wilson became a musical activist, having been part of the Truth in Music Bill, a law proposed to stop impostor groups performing under the names of the 1950s and 1960s rock and roll groups, including Motown groups The Marvelettes and The Supremes. The law was passed in 27 states. Wilson has also toured and lectured internationally, as well as across the United States, speaking to various groups worldwide. Her lecture series, "Dare to Dream", focuses on reaching goals and triumph over adversity. Wilson's charity work includes the Susan G. Komen Race for the Cure, the American Cancer Society, St. Jude's Children's Research Hospital, the Easter Seals Foundation, UNICEF, The NAACP, the Cystic Fibrosis Foundation, the All-Star Network, and Figure Skaters of Harlem, a youth organization devoted to helping children towards entering the Olympics. Most recently, Wilson became the Mine Action spokesperson for the Humpty Dumpty Institute.
Wilson married Pedro Ferrer in Las Vegas, Nevada on May 11, 1974. Their union produced three children: Turkessa, Pedro Antonio Jr. and Rafael. Wilson and Ferrer divorced in 1981. Wilson is also adoptive mother to her cousin, Willie. In January 1994, Wilson and her 16-year-old son Rafael were involved in an accident on Interstate 15 between Los Angeles and Las Vegas when their Jeep Cherokee veered off the highway and overturned. Wilson sustained moderate injuries; Rafael's injuries were fatal.