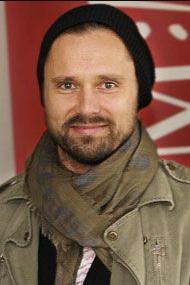 Max is alive and kicking and is currently 50 years old.
Please ignore rumors and hoaxes.
If you have any unfortunate news that this page should be update with, please let us know using this .

Does Max Martin Have the coronavirus?

Max Martin Karl Martin Sandberg (born 26 February 1971), better known as Max Martin, is a Swedish songwriter, record producer and singer. He rose to prominence in the second half of the 1990s after making a string of major hits for artists such as the Backstreet Boys, Britney Spears and NSYNC. Some of his earlier hits include "I Want It That Way" (1999), "...Baby One More Time" (1999) and "It's My Life" (2000).Since 1999, Martin has written and co-written 22 Billboard Hot 100 number-one hits (most of which he has also produced or co-produced) in the United States, including Katy Perry's "I Kissed a Girl" (2008), Maroon 5's "One More Night" (2012), Taylor Swift's "Blank Space" (2014) and The Weeknd's "Can't Feel My Face" (2015). Martin is the songwriter with the third-most number one singles on the chart, behind only Paul McCartney (32) and John Lennon (26).In 2016, Martin won the ASCAP Songwriter of the Year award for the sixth consecutive year and for the ninth time in his career.In 2014, Martin broke ahead of Jimmy Jam and Terry Lewis and Dr. Luke to take the second-place position on the list of most number one hits for a producer, behind only George Martin, who had compiled 23 by the time of his death.In early 2013 his single sales were tallied by The Hollywood Reporter to be at over 135 million.