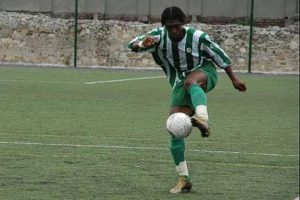 Me is alive and kicking and is currently 34 years old.
Please ignore rumors and hoaxes.
If you have any unfortunate news that this page should be update with, please let us know using this .

He was nominated for the Tournoi de l'UEMOA 2007 for Ivory Coast. Diomandé played for the Elephants at the 2009 African Nations Championship in Ivory Coast, here he represented the team as captain.