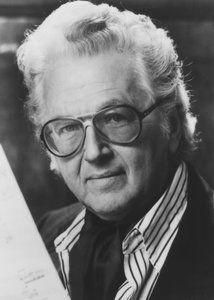 Mel Powell (born Melvin Epstein) (February 12, 1923 – April 24, 1998) was an American jazz pianist, composer of classical music, and music educator. He won the Pulitzer Prize for Music in 1990. Powell was the founding dean of the music department at the California Institute of the Arts.