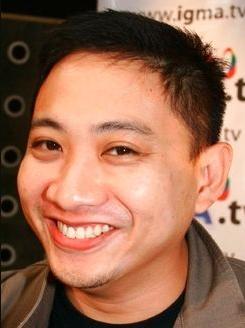 Michael is alive and kicking and is currently 52 years old.
Please ignore rumors and hoaxes.
If you have any unfortunate news that this page should be update with, please let us know using this .

Does Michael V. Have the coronavirus?

Beethoven del Valle Bunagan (born December 17, 1969), known by his stage name Michael V. and also known as "Bitoy", is a Filipino comedian, actor, impersonator, director, composer, singer, rapper, voice artist and parodist, who appears in the GMA Network show Bubble Gang, and in his own TV show Pepito Manaloto.
He has won the Asian Television Awards for Best Comedy Performance by an Actor for the years 2004, 2005 and 2006. He recently joined MariMar as the voice of the eponymous character's pet dog Fulgoso. After his voice-acting in MariMar, he played a supporting role in Codename: Asero. On August 23, 2008, Michael V, after winning Best Comedy Performance Award at the Asian Television Awards for three consecutive years—was officially informed that he will grace the front cover of Reader's Digest (RD) 5th Annual Humor Special, September issue. Making him the second Filipino whoever landed on the covers of Readers Digest next to former President Cory Aquino.

Bitoy formerly hosted a comedy-talent show called Bitoy's SHOwwwTIME, which aired from 2009–10 and also hosted Kap's Amazing Stories: Kids Edition, while original host Bong Revilla had left the show shortly for re-election as senator, but Revilla won again as Senator a week later. Bitoy also won as a Celebrity Inductee to the Eastwood City Walk Of Fame Philippines in 2009. Bitoy had his first sitcom entitled "Pepito Manaloto" currently airing on GMA 7 and is also formerly co-hosting the long running variety game show, Eat Bulaga! from 2003 to early 2016.
Bitoy and his wife Carol have 4 children. In August 2013, Michael was hospitalized for dengue fever, according to a tweet from Ogie Alcasid. Both Alcasid and Michael solicited prayers and platelet donations over the following days, promising to update fans once the situation gets better. Michael then later tweeted that he is recovering from his previous condition, thanking his fans for support.