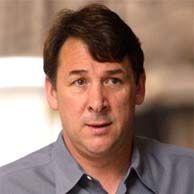 Mike is alive and kicking and is currently 70 years old.
Please ignore rumors and hoaxes.
If you have any unfortunate news that this page should be update with, please let us know using this .

Michael James Milbury (born June 17, 1952) is an American sportscaster currently working as an ice hockey analyst for the New England Sports Network (NESN), Hockey Night in Canada and the NHL on NBC. He played twelve seasons in the National Hockey League (NHL), all of them as a defenseman for the Boston Bruins. He later served as assistant general manager under Harry Sinden and head coach for Boston, as well as general manager and head coach for the New York Islanders.