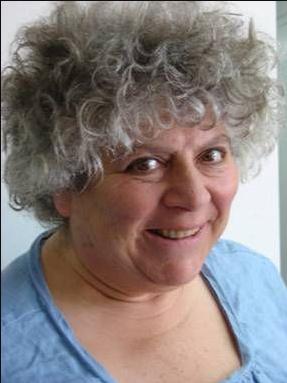 Miriam is alive and kicking and is currently 81 years old.
Please ignore rumors and hoaxes.
If you have any unfortunate news that this page should be update with, please let us know using this .

Does Miriam Margolyes Have the coronavirus?

Miriam Margolyes, is an English character actress and voice artist. Her earliest roles were in theatre and after several supporting roles in film and television she won a BAFTA Award for her role in The Age of Innocence and went on to take the role of Professor Sprout in the Harry Potter film series.
Margolyes is a lesbian. On becoming an Australian citizen, on Australia Day 2013, Margolyes referred to herself as a "dyke" live on national television and in front of the then Prime Minister, Julia Gillard.

Since 1967, her partner has been Heather Sutherland, a retired Australian Professor of Indonesian Studies. Formerly based in Amsterdam, Margolyes divides her time between homes in London, Tuscany, Italy, Kent and Robertson, New South Wales.
Author and comedian David Walliams says he used Margolyes as a model for the title character in his children's book Awful Auntie after a rude exchange with the actress during a stage production. He stresses that he has nothing against Margolyes and is a fan of her work.