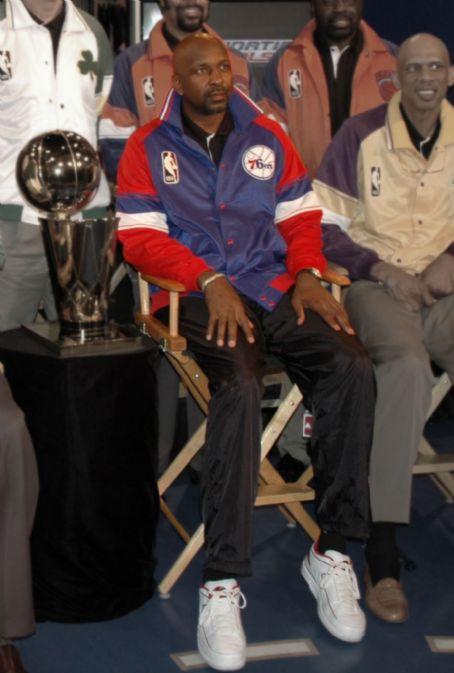 Moses passed away on September 13, 2015 at the age of 60 in Norfolk, Virginia, USA. Moses's cause of death was hypertensive and atherosclerotic heart disease.

Moses Eugene Malone (March 23, 1955 – September 13, 2015) was an American basketball player who played in both the American Basketball Association (ABA) and the National Basketball Association (NBA) from 1974 through 1995. The center was named the NBA Most Valuable Player (MVP) three times and was a 12-time NBA All-Star and an eight-time All-NBA selection. Malone won his only NBA championship in 1983, when he was both the league and Finals MVP with the Philadelphia 76ers. He was inducted into the Naismith Memorial Basketball Hall of Fame in his first year of eligibility in 2001.
Malone led the NBA in rebounding six times, including a then-record five straight seasons (1981–1985). He finished his career as the all-time leader in offensive rebounds after leading both the ABA and NBA in the category a combined nine times. Malone was nicknamed "Chairman of the Boards" for his rebounding prowess. Combining his ABA and NBA statistics, he ranks ninth all-time in career points (29,580) and third in total rebounds (17,834). He was named to both the ABA All-Time Team and the NBA's 50th Anniversary All-Time Team.

Malone died in his sleep at the age of 60, on the morning of September 13, 2015, at a hotel in Norfolk, Virginia. He had been scheduled to play in a charity golf tournament that day and was found unresponsive in his room when he did not appear for breakfast or answer his phone. The Office of the Chief Medical Examiner for Virginia listed the cause of death as hypertensive and atherosclerotic heart disease. Malone had previously complained of an irregular heartbeat and was reported to have been wearing a heart monitor when he died.