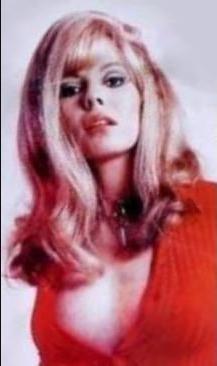 Nélida Lobato (1934–1982), was born Haydée Nélida Menta in Buenos Aires, Argentina. She was a prominent dancer and actress, considered one of the best main acts in the world. She began her career when Buddy Day, owner of the theatre Bin-Bam-Bum of Santiago, Chile, gave her the opportunity to star in his theatre. Despite her small stature, she had sex appeal and was noted for her exuberance on the stage. She starred in the show at the legendary Lido de Paris, France in the fashionable Champs-Elysées, after appearing in “Las Vegas” where her show lasted almost five years. In Buenos Aires, she starred in several "revistas" (variety shows) and played Roxie Hart in the original Buenos Aires version of the musical Chicago. She died of cancer in 1982.