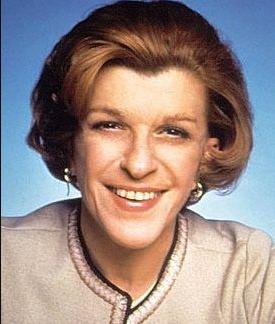 Nancy passed away on March 25, 1992 at the age of 69 in Studio City, California, USA. Nancy's cause of death was lung cancer.

The daughter of vaudevillians, 4'11" entertainer Nancy Walker had wanted to establish herself as a serious singer. But when Nancy auditioned for Broadway impresario George Abbott, he burst out laughing at her reading of the line "Is this where the aliens go to register?" and immediately cast her as the hoydenish Blind Date in his 1941 musical production Best Foot Forward. She went on to make her Hollywood debut in the film version of this production, then returned to Broadway, where she skyrocketed to stardom in such productions as On the Town and Look, Ma, I'm Dancin'. She continued headlining on Broadway throughout the 1950s, occasionally showing up on television variety series, most memorably as the teen-aged president of the Milton Berle fan club. Despite her enormous success as a comedienne, Walker was the archetypal "laughing on the outside, crying on the inside" type in private life, undergoing several years of therapy to purge herself of her insecurities. When theatrical opportunities began drying up in the late 1960s, Nancy relied more and more on television for a living. She was featured as Rosie the waitress in a series of paper-towel commercials ("It's the quicker picker upper"), co-starred as Mildred the maid on MacMillan and Wife (1971-75), and, most memorably, was cast as Ida Morgenstern, the Jewish mama to end all Jewish mamas, on The Mary Tyler Moore Show (1970-77) and Rhoda (1974-78). Though nominated for five Emmies, she never won the coveted statuette, a fact that seemed to bother her husband David Craig (a vocal coach whom she'd met when she lost her voice during Look Ma, I'm Dancing) more than Walker. Banking on her renewed celebrity, she attempted several TV starring vehicles of her own, but none lasted beyond the first season. She had better luck as a stage director, helming such theatrical productions of UTBU and A Pushcart Affair. In 1980, Walker made her film directorial debut with the Village People starrer Can't Stop the Music, produced by her then-manager Alan Carr. Nancy Walker's final regular TV-series stint was on the 1990 Fox Network weekly True Colors; two years later she died of lung cancer at the age of 71.