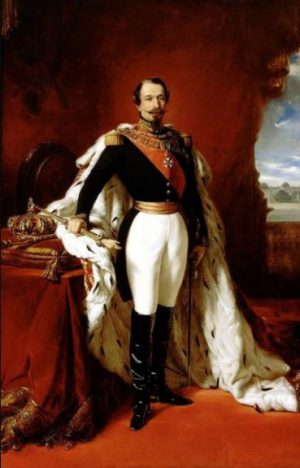 Napoleon passed away on January 9, 1873 at the age of 64 in Chislehurst, Kent, England.

Is Napoleon III's father, Louis I of Holland, dead or alive?

Louis I of Holland's information is not available now.

Louis-Napoléon Bonaparte was the only President of the French Second Republic and, as Napoleon III, the Emperor (1852-70) of the Second French Empire. He was the nephew and heir of Napoleon I. He was the first President of France to be elected by a direct popular vote. When he was blocked by the Constitution and Parliament from running for a second term, he organized a coup d'état in 1851, and then took the throne as Napoleon III on 2 December 1852, the forty-eighth anniversary of Napoleon I's coronation. He remains the longest-serving French head of state since the French Revolution.