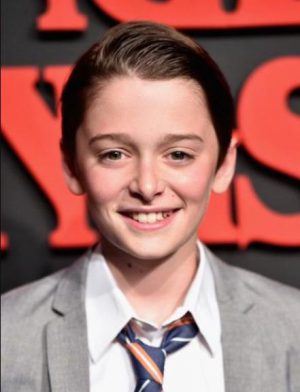 Noah is alive and kicking and is currently 17 years old.
Please ignore rumors and hoaxes.
If you have any unfortunate news that this page should be update with, please let us know using this .

Does Noah Schnapp Have the coronavirus?

Rising young star, Noah Schnapp discovered his love for acting at a particularly early age. Like many young actors, his first experiences performing were on the stage at school and in community theatre.Since becoming a professional actor, Noah has appeared in a myriad of commercials and also has an active career doing voice over work for commercial and animation. Most notably Noah voiced the role of the one and only Charlie Brown in Fox blockbuster feature film "Peanuts"- director Steve Martino's new take on Charles Schulz's classic series.Notable work in feature film includes Steven Spielberg's Oscar award winning Cold War thriller, "Bridge of Spies," as well as the indie feature "We Only Know So Much," based on the Elizabeth Crane novel. In addition, Noah also participated in the Sundance Director's Lab where he shot the lead role of Henry in director Brent Green's new feature, Untitled Loveless Fable.In most recent news Noah appeared in Netflix's new hit series, Stranger Things, as Will Byers an oddball kid who becomes subject to strange supernatural forces that beset his hometown.In addition to his professional acting work, Noah also enjoys writing and acting in his own home-grown plays that he performs with his twin sister, and most highly respected collaborator, Chloe. When Noah is not acting he also enjoys playing basketball, riding his bike, exploring the great outdoors, dabbling in the culinary arts, and hanging out with his dog, a Cavalier King Charles Spaniel, named Spaghetti.