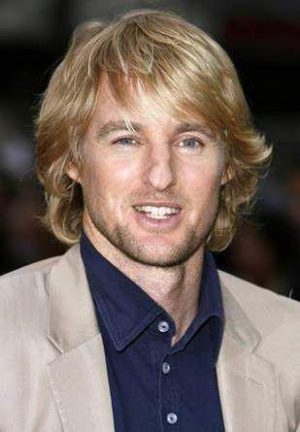 Owen is alive and kicking and is currently 53 years old.
Please ignore rumors and hoaxes.
If you have any unfortunate news that this page should be update with, please let us know using this .

Does Owen Wilson Have the coronavirus?

Owen Cunningham Wilson is an American actor, voice-over artist, writer, producer, and screenwriter. He has had a long association with filmmaker Wes Anderson, with whom he shared writing and acting credits for Bottle Rocket (1996) and The Royal Tenenbaums (2001), the latter of which earned him a nomination for the Academy Award for Best Original Screenplay. His older brother Andrew and younger brother Luke are also actors. He is known for his roles in Frat Pack comedies as well as voicing Lightning McQueen in the Cars franchise.
Wilson was born in Dallas, Texas, the middle of three sons of photographer Laura (née Cunningham) Wilson (born 1939) and Robert Andrew Wilson (1941–2017), an advertising executive and operator of a public television station. His parents, of Irish descent, were originally from Massachusetts. Wilson attended New Mexico Military Institute and the University of Texas at Austin, where he pursued a Bachelor of Arts degree in English.

In April 2002, the release of the album C'mon C'mon by former girlfriend Sheryl Crow features the song "Safe and Sound", which is dedicated to Wilson in the liner notes, and is said to be an account of Wilson and Crow's relationship.
In August 2007, Wilson attempted suicide and was subsequently treated for depression at St. John's Health Center and Cedars-Sinai Medical Center in Los Angeles. A few days after his hospitalization, Wilson withdrew from his role in Tropic Thunder, which was produced by and co-starred his friend and frequent collaborator Ben Stiller. He was replaced by Matthew McConaughey.
In January 2011, Wilson and his girlfriend Jade Duell had a son, Robert Ford Wilson. Wilson and Duell ended their relationship later that year. In January 2014, Caroline Lindqvist gave birth to Wilson's second son, Finn Lindqvist Wilson. On October 9, 2018, Wilson's ex-girlfriend, Varunie Vongsvirates, gave birth to daughter Lyla Aranya Wilson.