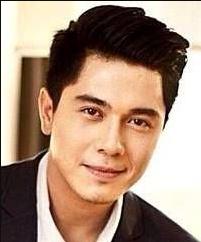 Paulo is alive and kicking and is currently 34 years old.
Please ignore rumors and hoaxes.
If you have any unfortunate news that this page should be update with, please let us know using this .

Does Paulo Avelino Have the coronavirus?

Michael "Paulo" Lingbanan Avelino is a Filipino television and film actor, a Gawad Urian Award-winning actor, model and singer and was dubbed the "Prince of Philippine Teleserye".
In 2009, Avelino started a regular stint in GMA's then Sunday variety show SOP Rules and finally landing major roles on famous Kris Bernal-Aljur Abrenica tandem, with Dapat Ka Bang Mahalin? and All My Life. He was also cast as Robert in a GMA Films-VIVA Films project, Patient X and as Pepe in a Filipino action fantasy film, Ang Panday. In 2010, he appeared in a supporting role in a primetime series Ilumina. In the same year, his career turned up as he replaced JC de Vera for a lead role in the fantasy series Panday Kids. According to an interview of Philippine Entertainment Portal, he's happy and feels blessed because he was chosen by the network for a big project. His last show with GMA Network was playing a lead role in the afternoon fantasy-drama Alakdana, with Louise delos Reyes and Alden Richards.

In 2011, Avelino signed a contract with ABS-CBN in the presence of channel head Cory Vidanes, business unit head Deo Endrinal and his manager Leo Dominguez. According to ABS-CBN News, Avelino said he wanted to explore out of his comfort zone and, at the same time, reinvent himself as an actor. Avelino debuted as a lead actor in a film alongside Lovi Poe on Regal Films' Aswang, which marked his first project as a Kapamilya actor. He acted in a film titled Yesterday, Today, Tomorrow, an entry to the 2011 Metro Manila Film Festival. He appeared for the first time in an ABS-CBN show through a guest role in 100 Days to Heaven. He appeared as a rich executive named Teddy Ledesma, alongside veteran actor Phillip Salvador. He also appeared in Wansapanataym, Maalaala Mo Kaya and Ikaw Ay Pag-Ibig as a warm up for his future projects.
Paulo Avelino had a relationship with fellow Starstruck alumna LJ Reyes. They have one son named Ethan Akio Reyes Avelino.