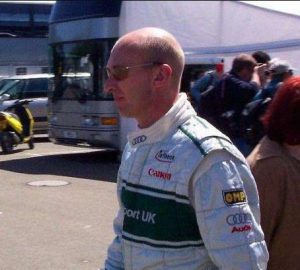 Perry is alive and kicking and is currently 61 years old.
Please ignore rumors and hoaxes.
If you have any unfortunate news that this page should be update with, please let us know using this .

Perry McCarthy (born 3 March 1961) is a British racing driver, who drove in Formula One in 1992 before moving into sportscars, including driving in the 24 Hours of Le Mans five times between 1996 and 2003.