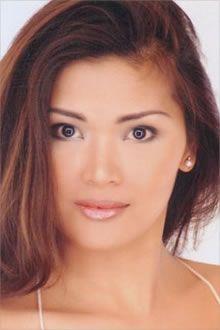 Princess Punzalan is alive and kicking and is currently 59 years old.
Please ignore rumors and hoaxes.
If you have any unfortunate news that this page should be update with, please let us know using this .

Princess Punzalan (Born, November 20, 1968) is a Filipina actress in movies and television shows in the Philippines. She won the PMPC Star Awards for TV's Best Drama Actress in 1998 for her role as Selina in Mula Sa Puso.
While her TV career started to blossom, she also branched out into making movies. She made her mark in the movie "Kung Tapos na Ang Kailanman" (shown in 1990) which gave her a FAMAS nomination for Best Actress. She became popular for her role as antagonist Selina Pereira-Matias in the 1997 hit TV series Mula sa Puso starring Claudine Barretto, aired in ABS-CBN.

She appeared in the GMA Films and Regal Films movie My Valentine Girls (2011) with Richard Gutierrez. She did a film Johnny Loves Dolores (2012), an entry in the San Francisco International Asian Film Festival, directed by Clarissa delos Reyes.
Punzalan was previously married to controversial TV host and actor Willie Revillame. Punzalan remained friends with Revillame and is glad that the media did not have to get involved during their separation.
Punzalan settled in California since 2005 after she married an American Jason Field, a marketing professional. Punzalan has a daughter with Field named Ellie.