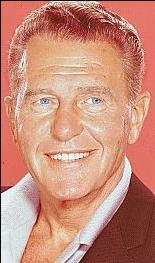 Ralph passed away on November 29, 1991 at the age of 87 in Santa Monica, California, United States. Ralph's cause of death was lung ailment.

Ralph Rexford Bellamy was an American actor whose career spanned 62 years on stage, screen and television. During his career, he played leading roles as well as supporting roles, garnering acclaim and awards, including an Academy Award nomination for Best Supporting Actor for The Awful Truth.