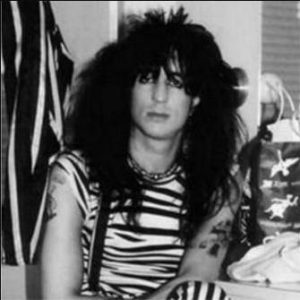 Nicholas passed away on December 9, 1984 at the age of 24 in Redondo Beach, California, USA. Nicholas's cause of death was car accident.

Razzle Birthday and Date of Death

Nicholas Dingley, alias Razzle, was the drummer of Finnish glam rock band Hanoi Rocks from 1982 until his death. Prior to joining Hanoi Rocks, Razzle had played in UK-based bands Thin Red Line, The Fuck Pigs, Demon Preacher (featuring Nik Fiend, later of Alien Sex Fiend) and The Dark, with whom he released one EP.
In 1983 Sami Yaffa disclosed that he and Razzle were planning to leave the band citing Andy McCoy's insufferable behaviour as the main factor.

In late 1984, Hanoi Rocks was on their first American tour. Frontman Michael Monroe fractured his ankle, so the band had to skip a few gigs and take a break. During that break, Mötley Crüe's singer Vince Neil invited the band to visit his home, in California.
On 8 December, Razzle visited Neil's home and spent the day in Redondo Beach. The two decided to take a trip to a local liquor store in Neil's De Tomaso Pantera. While speeding and driving drunk, Neil lost control of the car and hit an oncoming vehicle. The two occupants of the other car were seriously injured. Razzle was taken to South Bay ER but was declared dead on arrival at 07:12 local time. He was buried at Holy Cross Church in Binstead, Isle of Wight in 1984. Neil dedicated Theater of Pain, Mötley Crüe's third studio album, to Razzle.