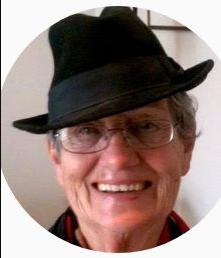 Renee is alive and kicking and is currently 93 years old.
Please ignore rumors and hoaxes.
If you have any unfortunate news that this page should be update with, please let us know using this .

Does Renee Taylor Have the coronavirus?

IN BRIEFRenée is a leading lesbian feminist, dramatist and fiction writer. She has described herself as a ‘lesbian feminist with socialist working-class ideals’ and most of her writing is a direct expression of that conviction. Her plays, short stories and novels are characterized by their direct approach to women’s experience, whether lesbian, feminist, historical, or rooted in memoir.FROM THE OXFORD COMPANION TO NEW ZEALAND LITERATURERenée (1929– ), feminist dramatist and fiction writer, was born in Napier, of Ngati Kahungunu and Irish-English-Scots ancestry. She was formerly known in the theatre world as Renée Taylor. She left school and started work at the age of 12; has worked in woollen mills, a printing factory, a grocery-dairy, and as a feature writer and reviewer; and completed a BA at the University of Auckland in 1979.Renée has described herself as a ‘lesbian feminist with socialist working-class ideals’ and most of her writing is a direct expression of that conviction. She has been involved with community theatre, the Broadsheet Collective, PEN, radio shows, programme organisation for the Globe Theatre in Dunedin, and with script writing for TV.She started writing for the stage at the age of 50. Her work for the stage includes Setting the Table (1982), Secrets (1982), which addresses sexual abuse within a family, Breaking Out (1982), Dancing (1983), The MCP Show (1983), Groundwork (1985), which is set during the Springbok tour of 1981, Born to Clean (1987), Touch of the Sun (1990), Missionary Position (1990), Form (pub. 1993; part of Song of the Shirt: Three One-Act Plays for Young Actors, by Paula Boock, Renée, Fiona Farrell), and feminist revues such as What Did You Do in the War, Mummy? (1982) and Asking for It (1983).Renée’s most successful work is a trilogy of historical plays about four generations of working-class women: all three plays, set in three distinct New Zealand locations, have strong roles for women who cope in the absence of men, or despite men’s obstructive or insipidly passive presence. Wednesday to Come (pub. 1985) is set between Palmerston North and Wellington in 1934, during the Depression and more particularly at the time of the workers’ march from Gisborne to Wellington. It exposes the atrocious conditions in the so-called relief camps and the effect on the women who are left to run households by themselves.Pass it On (pub. 1986) is set in Auckland in 1951 during the Waterfront lockout. Jeannie and Cliff, who were the teenage children in Wednesday to Come, are now the main characters. Jeannie Once (pub. 1991) addresses the shattered illusions of early immigrants to New Zealand. Set in the Dunedin of 1879, it reveals the spunk and determination of a young woman, Granna in Wednesday to Come, who confronts the realities of class and religious hostility in the supposedly promised land. This last play also draws attention to the history of theatre and music-hall entertainment.In addition to a short story collection, Finding Ruth (1987), about a young adolescent girl and her widowed mother, Renée has also written three novels which all criticise traditional notions of the family. Willy Nilly (1990) questions the idea of the traditional nuclear family by orchestrating various crises surrounding the preparations of a young woman’s wedding. Daisy and Lily (1993) is framed as the biography of Daisy who is coming out as a feminist lesbian writer.Does This Make Sense to You? (1995) centres on Flora’s experience in the House of Unwed Mothers in 1961, and her attempt to make sense to the daughter who was adopted out. Most of Renée’s writing is characterised by a straightforward, simple realism with an easily discernible agenda of issues. She was the 1989 Burns Fellow. HTADDITIONAL INFORMATIONRenee was the 1989 Robert Burns Fellow at the University of Otago in Dunedin. She has also held various other residencies across New Zealand, including the Waikato University Writers' Residency (1995), the Randell Cottage Residency (2005), and was the University of Otago's Children's Writer in Residence in 2007.In 1998, she wrote a textbook for secondary schools, Let's Write Plays, and a collection of humorous pieces on ageing, Yin and Tonic. The Skeleton Woman, A Romance, published in 2002, is a story of long-kept secrets that are about to fly into the open.Renee participated in 'On the Bus: Flat Out Brown Contemporary Maori Writers on Tour' in Taupo in February 2004.Kissing Shadows was published in 2006 by Huia.Renée is a tutor in the creative writing programme (novel, memoir, drama) at Whitireia Community Polytechnic Wellington Campus and also presents an annual workshop, Your Life, Your Story (see her memoir writing guide of the same name), for the Cancer Society of New Zealand, Wellington Branch. This workshop, which she created, is for those who have or have had cancer and want to write about that experience.