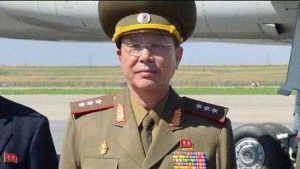 Ri Yong-gil (born c. 1952) is a North Korean military officer and first deputy chief of the Korean People's Army. He is believed to have been in his 60s when appointed to his position as a general in 2013.