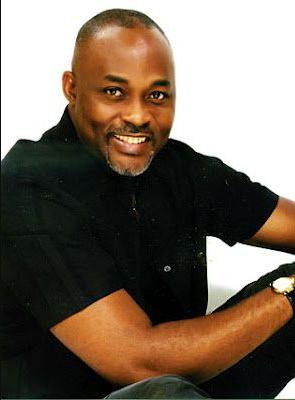 Richard is alive and kicking and is currently 61 years old.
Please ignore rumors and hoaxes.
If you have any unfortunate news that this page should be update with, please let us know using this .

Richard Mofe Damijo (popularly known as RMD, born 6 July 1961) is a Nigerian actor and politician. In 2005 he won the African Movie Academy Award for Best Actor in a Leading Role. He is a former Commissioner for Culture and Tourism in Delta State, Nigeria. Mofe-Damijo was born in Aladja community of Udu Kingdom, near Warri, Delta State. He attended Midwest College, Warri and Anglican Grammar School and was a member of the Drama Club. He enrolled into the University of Benin to continue his education and studied Theatre Arts. In 1997 Mofe-Damijo returned to the university to study law at the University of Lagos and graduated in 2004.
After graduating from the university, Mofe-Damijo took part in a television soap opera in the late 80's called Ripples. Before then, he had a stint with Concord Newspapers and Metro Magazine as a reporter. Out of Bounds was the first film for which he received a writer/producer credit. In 2005 at the maiden edition of the African Movie Academy Awards Mofe-Damijo won the award for Best Actor in a Leading Role.

Mofe-Damijo was married to Nigerian journalist/publisher, May Ellen-Ezekiel (MEE). After her death in 1996, Richard Mofe-Damijo married TV personality, Jumobi Adegbesan, who later left TV for the corporate world. Richard Mofe-Damijo has 4 children. 2 with his current wife and 2 from his previous marriage.